The majestic Pendle Hill towers over the picturesque towns and villages of East Lancashire and Ribble Valley. 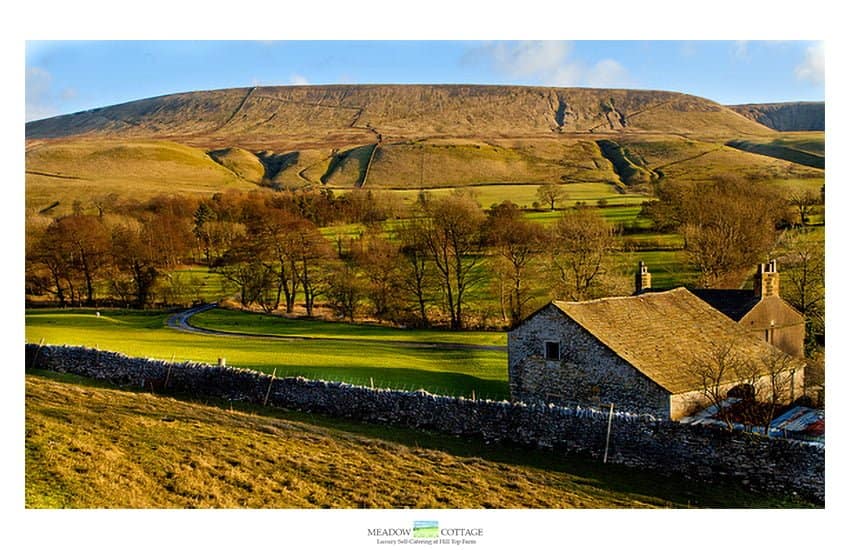 For generations this iconic landscape feature has been an inspiration to both visitors and local people. One of the most famous was George Fox; the founding father of the Quaker movement, who revealed that it was here in the early 1600s where he was inspired to start what is now a worldwide religious movement. Fox wrote: “As we travelled, we came near a very great hill, called Pendle Hill, and I was moved of the Lord to go up to the top of it; which I did with difficulty, it was so very steep and high. When I was come to the top, I saw the sea bordering upon Lancashire. From the top of this hill the Lord let me see in what places he had a great people to be gathered.” Today Pendle remains strongly linked to the Quakers, giving its name to one of their centres for religious and spiritual study and contemplation near Philadelphia, Pennsylvania, in the United States.

Beneath the hill lie pretty villages which reveal a history of intrigue and witchcraft , spanning 400 years. At that time the area was regarded by the authorities as a wild and lawless region: “fabled for its theft , violence and sexual laxity, where the church was honoured without much understanding of its doctrines by the common people. Twelve alleged witches lived in the area surrounding Pendle Hill and were charged with the murders of ten people by ‘the use of witchcraft ’. All but two were tried at Lancaster Assizes in August 1612. The trials of the Pendle witches are among the most famous witch trials in English history, and some of the best recorded of the 17th century. The trials allowed the testimonies of children in a court of law for the first time in history, which went on to influence rules of law across the world. 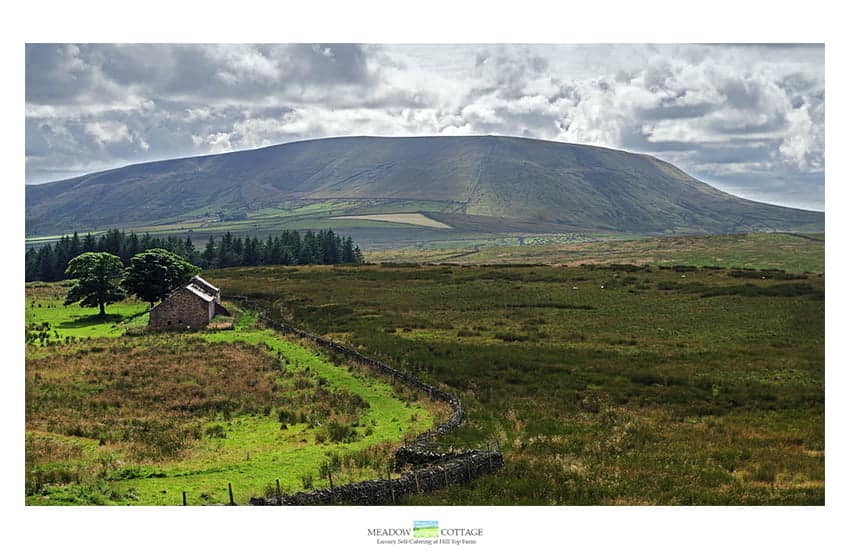 Pendle Hill is an exhilarating and fantastic walk. Astonishingly, on a clear day and just off the summit, you can see Blackpool Tower and the sea. Regular climbers of Pendle report that on clear days you can also spot the Welsh landmark of Penmaenmawr. And from the 557-metre summit you can see two of Yorkshire’s famous three peaks – Ingleborough and Whernside. There are several routes to the summit, one of the most popular starts in the pretty village of Downham where you will also find the Assheton Arms, for ‘fuelling up’ for the jaunt.

Pendle Hill’s relative isolation on the edge of the Pennines and the Bowland Fells makes it appear very dominant in the landscape. A multi-million-pound Heritage Lottery award has set in motion an exciting scheme of improvements to create enhanced access to the hill along with better interpretation aimed at unlocking some of the legends and secrets yet to be discovered.

Download the Ribble Valley Visitor Guide 2018 as a PDF file.