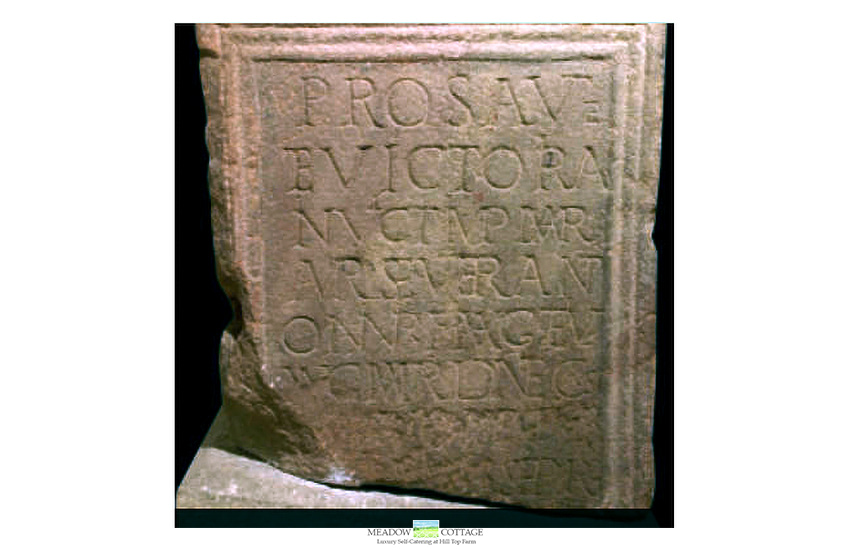 The Roman site at Ribchester, Bremetennacum Veteranorum, comprised a fort and civilian settlement or vicus. The earliest Roman fort in Ribchester was established in the early 70s AD as part of a network of defensive forts across northern Britannia. Originally of turf and timber construction, the fort was rebuilt in stone in the mid first century AD.

The fort accommodated a garrison of cavalry troops whose purpose it was to patrol the surrounding area and keep the local inhabitants under control. The first unit of cavalry originated from Spain, the Ala II Asturum, or second Asturian cavalry unit. Towards the end of the second century AD they were replaced by an ala of horsemen from Eastern Europe, a Sarmatian cavalry unit.

The settlement then took unusual veteran status indicating that a high level of importance was attached to the site. At this point, if it had not already, Bremetennacum became the focal point for governance of the area. The civilian site outside the fort was extensive and covered an area more or less corresponding to that of the modern village.

Narrow plots were occupied perpendicular to the main Roman roads. Excavations have revealed rectangular wooden buildings used as workshops and dwellings. Craftsmen plied their trades in the vicus providing essential goods for both civilians and military personnel alike. Metalworkers and leather workers were particularly abundant, supplying all kinds of military and cavalry equipment.

The vicus was also the site of the baths, the most substantial stone-built construction outside the fort, and at least two temples, fulfilling important social and religious functions. The fort at Ribchester was occupied into the fourth century although archaeological evidence points to there being little activity in the vicus after the 2nd century. However, future excavations may contradict our current understanding.

Ribchester Museum of Roman Antiquities was opened 1915. The original museum building comprised one room, which was added to in the 1960s by a temporary prefabricated extension. This annexe increased the Museum’s storage and display areas and sufficed until the 1980s by which time its condition had seriously deteriorated.

A plan to rectify this situation was hatched and by 1990 the Museum had been completely revamped. A new two-storey extension to the rear of the original building was constructed, connecting the Museum to the adjoining cottage. The cottage, previously the incumbent curator’s residence, was incorporated into the Museum. These developments were undertaken under the auspices of Ribchester Museum Trust, which had been formed from the museum committee following the National Trust’s decision to relinquish the property after almost seventy years of ownership.

In 2001 the Museum reopened after the most ambitious redevelopment scheme in its history. Making use of the Heritage Lottery Fund, European funding and grants and assistance from other supportive organisations, it was once more extended to incorporate the adjacent vacant building, and a new wing was built opposite the original Museum. The permanent exhibition was replaced completely by striking, informative and modern displays and for the first time the most interesting objects from the 1989 excavation in St Wilfrid’s Graveyard were put on show. Behind the scenes facilities were improved and issues such as access and education were addressed